Welcome to the Brewer’s Blog 1 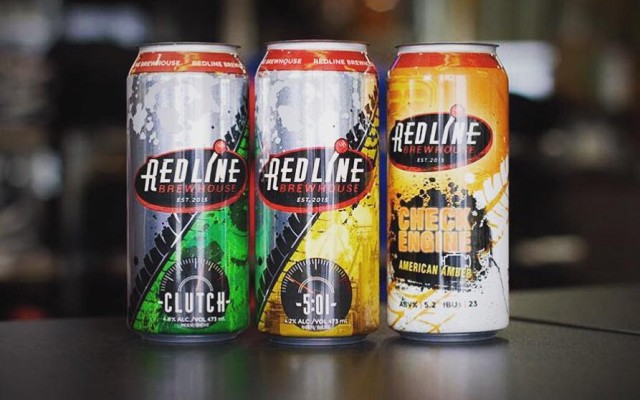 This blog is something we have wanted to have up and running for quite some time, but the building, opening and running of a small brewery seemed consume most of our focus. Somehow 6 months have gone by since we first opened our doors and poured our first beers and I’m just getting my head in a place to start this blog.

This blog will be an inside look into what we’re doing here at Redline, and more importantly, why we’re doing it. It will be a place for you to learn about the people involved in the brewery, as well as an insight into our creative processes. You’ll get an inside look at upcoming beers, projects on the go and what to look forward to from us.

A little bit about Redline

We’re a bit different in the brewing world, not quite a brewpub, not a full production brewery(yet). This all has to do the size of our brewhouse. Rather than the small 5hL to 10hL brewhouse (that’s 500L to 1000L for non-brewers) that you would find in most brewpubs, we’ve got a 22hL or 2200L brewhouse. That size of system puts us squarely into the production brewery category. Didn’t I say we’re not a production brewery(yet)? I did! That’s because we have a restaurant and event space in the same building, and most of beer is consumed on site or sold out the front door through our retail store.

The size of our brewhouse gives us room to grow though, into a fully fledged production brewery, while the restaurant gives us the opportunity to serve unique test batches, interact directly with customers, and share delicious food alongside our beer.

As the Head Brewer at Redline I get to wear many different hats, which is what you would expect in a small start-up. This keeps me on my toes, and keeps things interesting. I look after the creative and planning aspects of beer, along with the owners, and brew all the beer, as well as having a hand in packaging and sales.

Now for some actual news, and info about what we’ll be getting up to in 2016.

First, we’re incredibly excited to announce that we’ll be launching Clutch, our American Pale Ale in cans at the LCBO this Spring. This is a big step for us, and we’re really looking forward to sharing our beer with more people. We’ll keep you updated about when and where it will start appearing.

Next up we have two beer releases for late January and early February. First up is our new farmhouse ale Biere de Garde. This brown farmhouse ale is full of complex yeast and malt flavours, and a European elegance. At 7.6% and 28 IBUs it’s a wonderful winter sipper. It will be on draught at the pub by January 22nd and cans to follow shortly after.

After that we’ve got 396 Rye IPA, the first in our Big Block Series of IPAs. This beer is big and juicy from the use of Simcoe, Mosaic, Equinox and Vic. Secret hops. There is a nice biscuit malt background with some earthy character from the rye poking through. At 6.7% and 72 IBUs it’s our hoppiest offering yet. Expect it on draught by Friday January 29th and in cans a week or so after!

Bundle up with our new Redline hoodies ❄️ Avai

Check out todays #worldcup match schedule you can