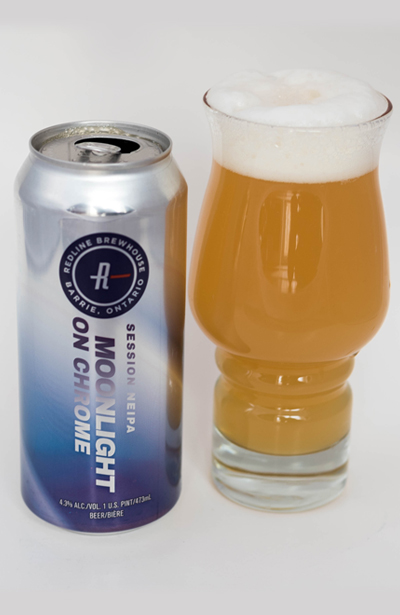 Moonlight on Chrome pours a hazy light straw colour with a thick white foam. It is brewed with flaked oats and wheat to bring opacity to the forefront and give it a big, pillowy foam on top as well as a creamy, full mouthfeel. The new world hops we’ve chosen…Read More 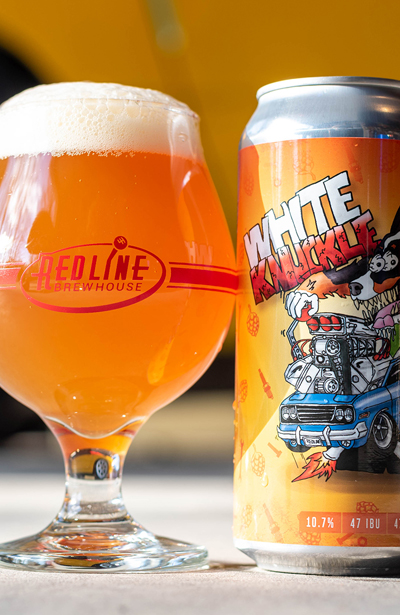 We’ve really shifted into high gear with White Knuckle. This fruit bomb of a Triple IPA will assault your senses with papaya, peach, pineapple and citrus, before bombarding you with passionfruit, pine and grapefruit. The cracked pepper and spice mixed with lively breadcrust prop the whole thing up to be…Read More 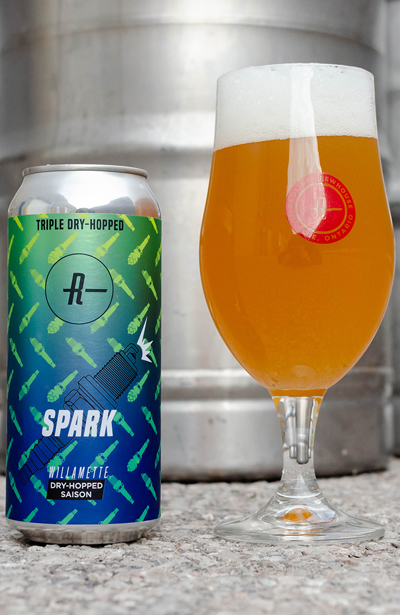 We will see a bit of a departure from the North American pale ale style here as we take a trip across the pond to Belgium to play with a healthily-hopped saison. Aromas of orange blossom and honeysuckle dance with a light pepper and spice. On the tongue, there is…Read More 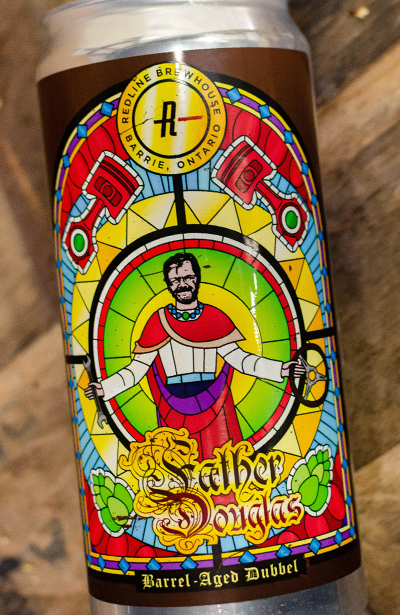 Aromas of fresh baked bread, toffee, banana, and orchard fruits. Beer starts sweet on the palate with the depth of Belgian and English caramel malts bringing flavours of rustic toasted bread, and toffee sauce before giving way to a light bitterness, and spicy notes from the Saaz hops and Belgian…Read More 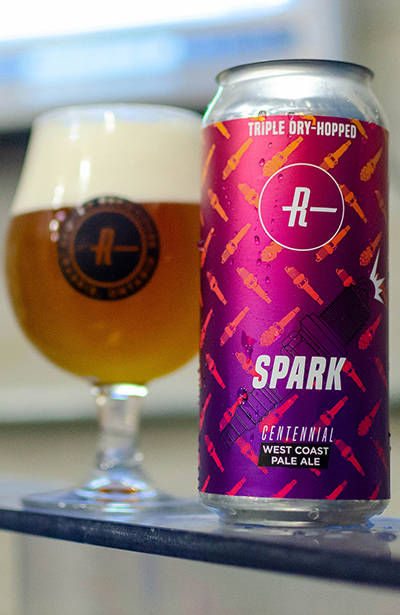 Triple dry-hopped and ready to go, Spark Centennial is here! The second in our lineup of single-hop beers, it’s a bunch of lemony citrus and orange blossom with a little bit of pine and resin mixed in. Leaning toward a West coast pale ale, we wanted this showcase to really do justice…Read More 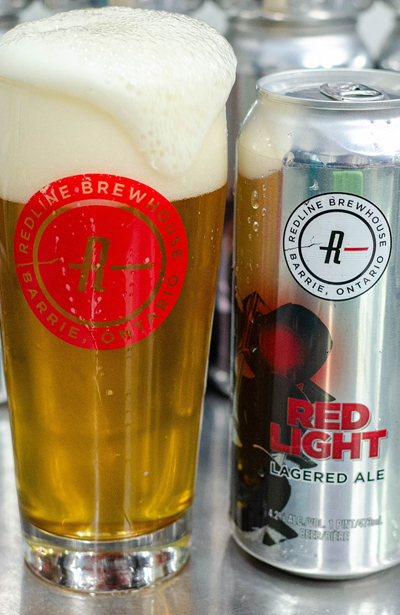 This beer is a light, crispy and refreshing lagered ale, that is very approachable to anyone new to the craft beer industry.  And although it is much more tame in overall flavour and bitterness compared to our APA and IPA offerings, this beer can still be appreciated by your seasoned craft beer drinker as a…Read More 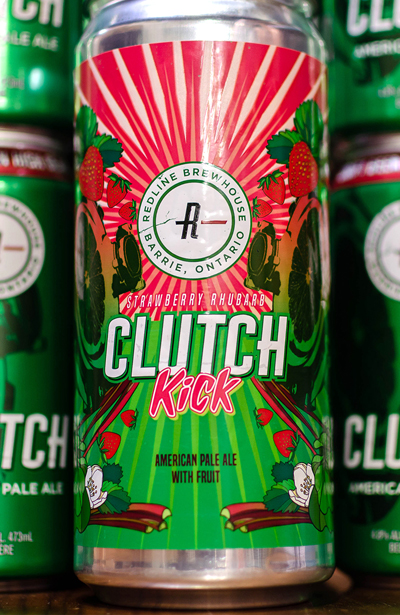 An exclusive release to the taproom with a limited amount of Crowlers being sold in the Beer N’ Gear Shop! We took Clutch and jammed the bright tank full of strawberries and rhubarb. You’ll find the result smells just like the strawberry rhubarb jam your Nana used to make! You…Read More 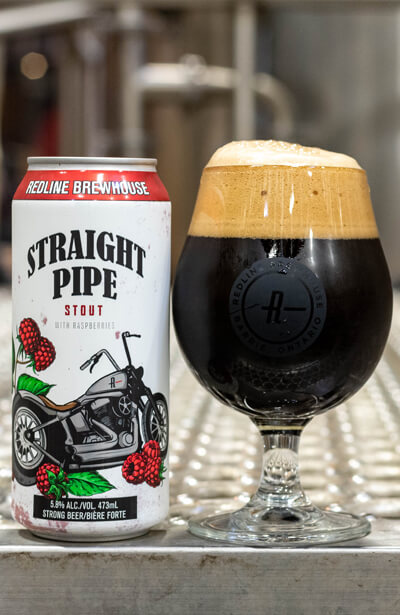 We’re not into the quiet and safe route here at Redline. What’s the point of building up an engine to just silence its angry roar? So toss those mufflers in the garbage and weld up that Straight Pipe. An unfiltered, unapologetic, unsilenced Stout, that just screams dessert beer. Let’s face…Read More 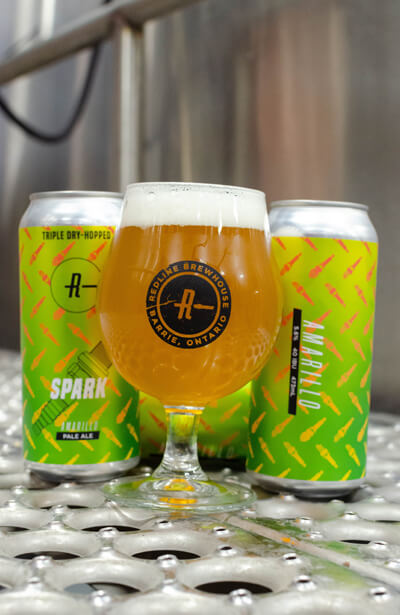 Coming out around a honey gold colour, this hazy pale ale’s namesake hop translates from the Spanish word for yellow. Aromatics of grapefruit flesh and pith with honey, there are also hints of cantaloupe and pineapple. Take a sip to find the medium-bodied beer is bursting with peach and nectarine,…Read More 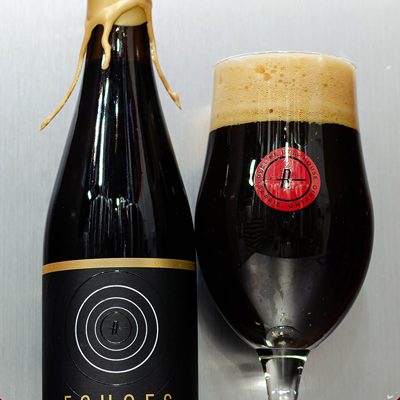 Winter has officially arrived and with it another one of our Echoes series. Mirroring the effects of a real echo, our beer continues to repeat itself even after the original sound has stopped. With each reverberation comes a slightly different tone that will resonate uniquely from the last. Highlighting our…Read More

Our retail shop is all stocked up with new merch &

Introducing our Weekly Specials🔥 come by and gi