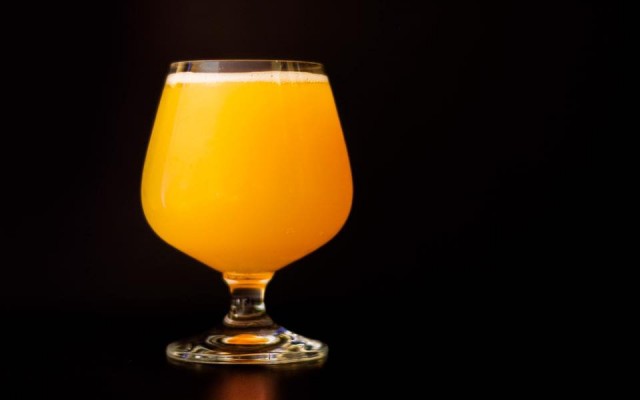 In the last year a number of new breweries opened up in Ontario (including us), in Canada, and beyond our border to the south in the USA. For us this is incredibly exciting, the interest in small breweries and the support from our communities has never been greater. We are so thankful to be in an industry and an environment where brewers help each other learn, grow, and succeed.

There is a catch though. How do we stand out? Branding is one side of it, but it is not my area of expertise. I am more interested in how to make our beer stand out. In general all brewers have access to the same ingredients, how we put them together, and how we approach the brewing process helps make our beer unique. Being a young brewery means that we are still working to define our style and our identity, the character of our beer that will let you know you are drinking something from Redline.

This has been a driving factor for me from the first test batch we brewed. I want to create beers that are unique, enjoyable, and memorable. I believe attention to detail in the brewing process has a great deal to do with this, and the goal of combining art with craftsmanship. There are some parts of the brewing process and recipe creation where I rely on feedback from calculations or scientific instruments for hard data. These numbers inform me and influence the decisions I make. There are other moments where I operate more with my senses and by feel. This, along with experience influences other decisions, and being able to combine those two facets brings Redline beer to life. As technology develops, and the brewery grows, we’ll be able to use more data to drive efficiency and quality, but will still need to make decisions based on our sensory experiences.

One of the areas of recipe development that can be difficult to understand, and is often undervalued by those outside the industry is the selection of the yeast strain. I believe that one of the reasons it is so difficult is the sheer variety of yeast strains available, as well as the necessary use of senses or feel in order to make selection. It is very necessary to have hard data about your yeast. You want to know how it is going to perform, and the character it will give the beer that you make. At the same time, you are able to manipulate your yeast, and your choices in the brewing process will affect how it performs and what it gives to your finished product. It is also something very personal to many brewers, and many breweries. Guinness is purported to have multiple sources of their signature yeast strain held in vaults, only able to be opened by high ranking company officials. It has kept this same yeast strain since opening in the 1800s. They believe it is part of the soul of the brewery.

In our case, necessity and function meant that we were using a very common strain of yeast that we sourced from a brewery that we are friends with. It is a reliable strain, which performs well in various styles and allows a lot of room for other ingredients to shine through. This isn’t a knock on anyone else’s yeast choice, but it wasn’t what I envisioned for Redline. There are a number of great breweries, making a lot of great beer with this yeast, far be it from me to say they’re wrong, but having that yeast at Redline didn’t help to set us apart.

With that in mind we’ve recently brought in a new strain of yeast from our good friends at Escarpment Yeast Labs in Guelph. Rather than a neutral American strain, we’ve switched to an expressive English strain, but we’ll still be using it to make American styles of beer. How is that so? Well, I believe it to be more about intent and how we use it, rather than just the origin of the yeast strain. This yeast will add more character on its own, while also accentuating the character of other ingredients and processes that are in the recipe. It is the strain that was in my mind when designing our beer, and tests were performed to see how it would work. So in a few weeks you may start to see some small differences in our beer, I assure you nothing is wrong and I’m doing my best to make the transition smooth, while giving our beer that something else that is special, and lets you know you are drinking a Redline

Our retail shop is all stocked up with new merch &

Introducing our Weekly Specials🔥 come by and gi